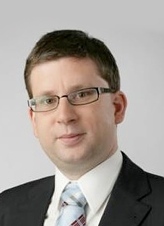 My key competencies are effective sales management tools, project management and process optimization. I am also active in the spere of restructuring, mergers and acquisitions. I started my practice already as a student in our family business Tsunami and collected experience mainly in Factory Pro, Unipetrol, Spolchemie and Česká pojišťovna.

I worked for Johnson & Johnson, in the beginning it the Swedish branch as a controller (2002) and later on in Prague as a supply chain project manager (2003 to 2004). In the years 2004 to 2006 I worked as a sales and marketing director of Factory Pro. After that, I participated in creation of the project management office in Unipetrol and I became the first manager of this office. In 2009 I started a consulting boutique and participated as an interim project manager and consultant in several restructuring and development projects. In 2010 I started working for Česká pojišťovna as a senior project manager and consultant, a bit later I became the Director of Central Sales Support. Nowadays, I am one of the partnes in the Vigo Investment group, especially responsible for Direct Fidoo company.

Sport is my hobby. I like jogging, cycling, skiing, canoeing and rafting. I am also fond of cooking, even for large groups of friends.

Manage Cookie Consent
To provide the best experiences, we use technologies like cookies to store and/or access device information. Consenting to these technologies will allow us to process data such as anonymous browsing behavior or unique IDs on this site. Not consenting or withdrawing consent, may adversely affect certain features and functions.
Manage options Manage services Manage vendors Read more about these purposes
Preferences
{title} {title} {title}